Jim Berkenstadt is a respected keynote speaker on Rock And Roll history and mystery. He blends his legal background as a former trial attorney, with the ability to dig into the untold true stories of rock music. His multi-media stage performance takes his audience on a magical mystery tour of factual and fascinating music history storytelling.

Travel back with the Rock And Roll Detective to the 1950s to uncover “Who Really Discovered Elvis Presley?” Revisit the time in the 1960s when a famous folk troubadour tried to form a supergroup with members of The Beatles and The Rolling Stones. Learn the origin and reasons behind big name artists using pseudonyms to mask their true identities. Go behind the scenes of CIA intrigue in Jamaica 1976 to discover whether the agency tried to influence an election and arrange for the assassination of reggae superstar Bob Marley. Discover whether The Beach Boys really stole a song from psychotic cult murderer Charles Manson and kept all of the credit and royalties. Learn about The Beatle Who Vanished, drummer Jimmie Nicol, who disappeared after only spending two weeks drumming for the most famous band in the world at the height of Beatlemania. Finally, uncover the secrets in the making of Nirvana’s Nevermind album, considered by many to be the best rock album of the 1990s.

A true musical Sherlock Holmes, Berkenstadt uncovers the lost history and mysteries hidden within decades of popular music. He currently serves as Co-Executive Producer and Script Consultant of the Ecosse Studios feature film based upon his Best Selling book, The Beatle Who Vanished. An international authority on Rock And Roll, he served as historical consultant to Martin Scorsese & Olivia Harrison’s HBO Emmy winning film, George Harrison:  Living in the Material World, and as historical consultant to The Beatles’ Company Apple Corps Ltd. (working on projects such as: Love-Cirque du Soleil, Help!, Eight Days A Week and Let It Be DVDs), the Traveling Wilburys, and the Estate of George Harrison.

In addition to, The Beatle Who Vanished, Berkenstadt has authored Black Market Beatles and Classic Rock Albums: Nirvana -Nevermind. All three books have been inducted into The Rock And Roll Hall of Fame Library and Archives. He also appears as an expert on the Reelz Channel TV series “Celebrity Legacies” and “Celebrity Damage Control”.

Jude Southerland Kessler, leading expert on the life of John Lennon and the author of The John Lennon Series

“As Featured Author at the Beatles at the Ridge Symposium in 2019, Jim was as delightful as he was informative. I’ve heard Jim speak on The Beatles in very scholarly gatherings, and he presents with depth, accuracy, and authority. At the Ridge, however, his challenge was to interest casual Beatles fans, and he drew people into a discussion without going “too far into the weeds” or getting mired in too much detail. Jim has the ability to deliver a bespoke presentation to any audience. He never delivers a ‘one-size-fits-all’ production. What a refreshing and rare talent!”

Kenneth Womack, author of John Lennon 1980: The Last Days in the Life

“Jim Berkenstadt, aka The Rock And Roll Detective®, is someone you need to know. He is a gifted keynote speaker on the topics of The Beatles, Classic Rock, Music Mysteries, and Collecting and Authenticating Music Memorabilia.

His fascinating journeys through the history of popular music are highly entertaining and informative. Berkenstadt cuts through the myths, conspiracy theories, and fake news about the past to bring you the facts as only a former trial attorney can do.

During his speaking events, he walks the audience through his investigations and research to help them understand and learn valuable lessons from these music mysteries of the past and present.” 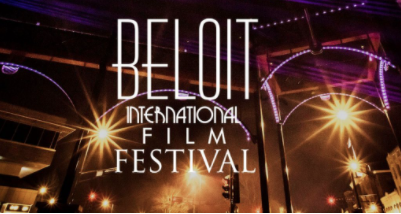