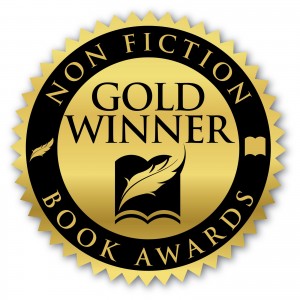 Mysteries in the Music: Case Closed (Genius Books, 2022) by bestselling author Jim Berkenstadt (aka the Rock And Roll Detective®) has been selected as the 2022 Gold Medal Award Winner in Pop Culture for Nonfiction by the Nonfiction Authors Association.

Mysteries in the Music: Case Closed is a music whodunit examining the secrets, myths, legends, hoaxes, conspiracies, and the wildly inexplicable events that are such an intriguing part of rock and roll history. Berkenstadt has spent decades researching the players behind these famous soundtracks and the mysteries hidden within the music itself. These questions have intrigued rock and roll fans for so long because no one has ever asked eyewitnesses the tough questions or dug through the primary sources and documentary evidence left behind… until now. After many decades, the back stories of pop and rock music lore are finally unearthed—and the truth is revealed in Mysteries in the Music: Case Closed. The Foreword is written by rock producer Butch Vig (Nirvana, Foo Fighters, Paul McCartney, Smashing Pumpkins).

Heather Hirschman of Readers’ Favorite Book Reviews writes, “Jim Berkenstadt’s thoroughly researched book, Mysteries in the Music, explores rumors and conspiracy theories around some of music’s greatest unanswered questions. In it, he investigates every conceivable avenue open to him, documents historical interviews, and conducts his own with those still alive to answer questions. As an experienced attorney, he makes no assumptions; instead, he sets out to trace and prove facts. The reader is left with no doubt of the veracity of the conclusions he reaches. Jim Berkenstadt literally ‘Closes Cases.’ He also does it all in a captivating and very often humorous manner. He is clearly passionate about music and this shines through his writing. He has been around for a while so is lucky enough to have met many of the people mentioned between these pages. I loved this book and would recommend it to anyone interested in modern music.”

Mysteries in the Music: Case Closed has been featured on local and international podcasts, radio shows and news outlets, and has been on the Amazon Best Sellers list since its release in February 2022. The book is available on the Genius Books website, Amazon.com and wherever books are sold. Signed copies are available exclusively on the author’s website. Jim will also be presenting and signing books at the Fest for Beatles Fans in Chicago August 12-14, 2022.

Jim Berkenstadt is the Rock And Roll Detective®. A true Sherlock Holmes, Berkenstadt uncovers the lost history and mysteries hidden within decades of popular music. An international authority on The Beatles, his last book, The Beatle Who Vanished is a bestseller, included in the prestigious Rock and Roll Hall of Fame Permanent Library and Archives, and is soon to be a major motion picture. Berkenstadt has also co-authored three other books: Black Market Beatles: The Story Behind The Lost Recordings; Nevermind Nirvana; and The Beatles Digest. Berkenstadt has been a consultant for The Beatles, George Harrison, Martin Scorsese, Traveling Wilburys, and the Buddy Holly estate on numerous film and album projects. He lives in the Midwest.

About Rock And Roll Detective®

Rock And Roll Detective® LLC, and was founded by Jim Berkenstadt in 1991. The company is dedicated to providing consulting, production, publishing, writing, research, social media, and content creation for the music, television, and film industry. Learn more at: www.rockandrolldetective.com

About the NonFiction Authors Association

As stated on the homepage of their website, the Nonfiction Authors Association is a vibrant, supportive community for writers to connect, exchange ideas, and learn how to write, publish, promote, and profit with nonfiction books.

Genius Books specializes in developing and publishing books on true crime, mystery and music, as well as dark and light fiction.